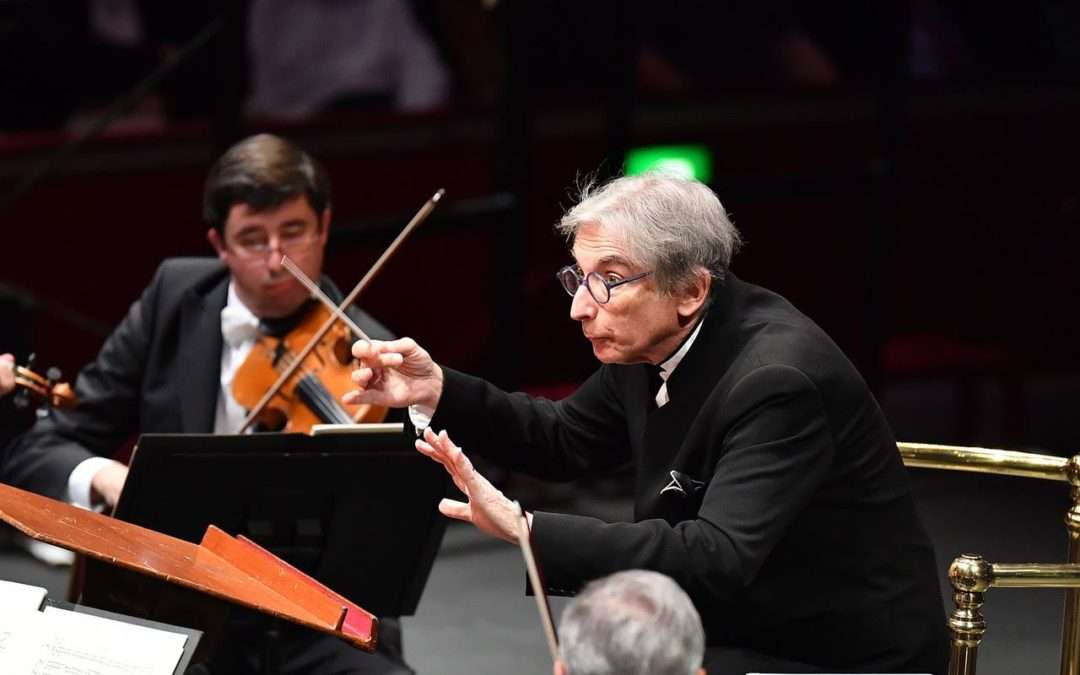 There’s nothing quite like the Vienna Philharmonic at full throttle in an expansive Romantic symphony such as Mahler’s Sixth, which they gave at the first of two Proms concerts, under the baton of Daniel Harding. But their second Proms appearance, with Michael Tilson Thomas – Brahms’s Variations on the St Anthony Chorale, Mozart’s Piano Concerto No. 14 in E flat and Beethoven’s Seventh Symphony – showed a different side of the orchestra. Under the benevolent but controlled baton of Tilson Thomas, the orchestra went for the “less is more” approach. The warm sheen of the strings and the sweetness of the woodwind and brass were still remarkable, but Tilson Thomas, setting an almost leisurely pace for the Brahms, reined in the strings and suppressed the horns so that each line could be heard in detail. With such translucent textures, the nuances and melodic clarity of the lower parts were a revelation – but the lack of dynamic contrast failed to create tension and excitement.

The genial figure of Emanuel Ax drew huge applause from the packed hall as he sat down to play this tranquil, unassuming Mozart concerto. From my stalls seat the notorious unevenness of the Royal Albert Hall acoustic gave the piano a sort of honky-tonk halo that stood out from orchestra’s polished legato sound. But Ax made a virtue of the detached sounds, the left hand singing out while the right moved lightly through the fast passagework. For a bulky man with big fingers, he has a delicate touch that suited this unshowy concerto, written for one of Mozart’s pupils.

Beethoven’s Seventh Symphony, “the apotheosis of the dance” as Wagner called it, was at most a sedate trot at Tilson Thomas’s speed, until the last movement when he noticed the con brio instruction and hurtled to the finale. Oh to hear some risk-taking or wild abandon! – after all, they must have played this symphony a thousand times. There were fine individual performances from the fresh-toned flute and mellow oboe, but the conductor’s restraint, especially in the poignant Allegretto, which usually brings a lump to the throat, made this a pleasant rather than a thrilling experience.