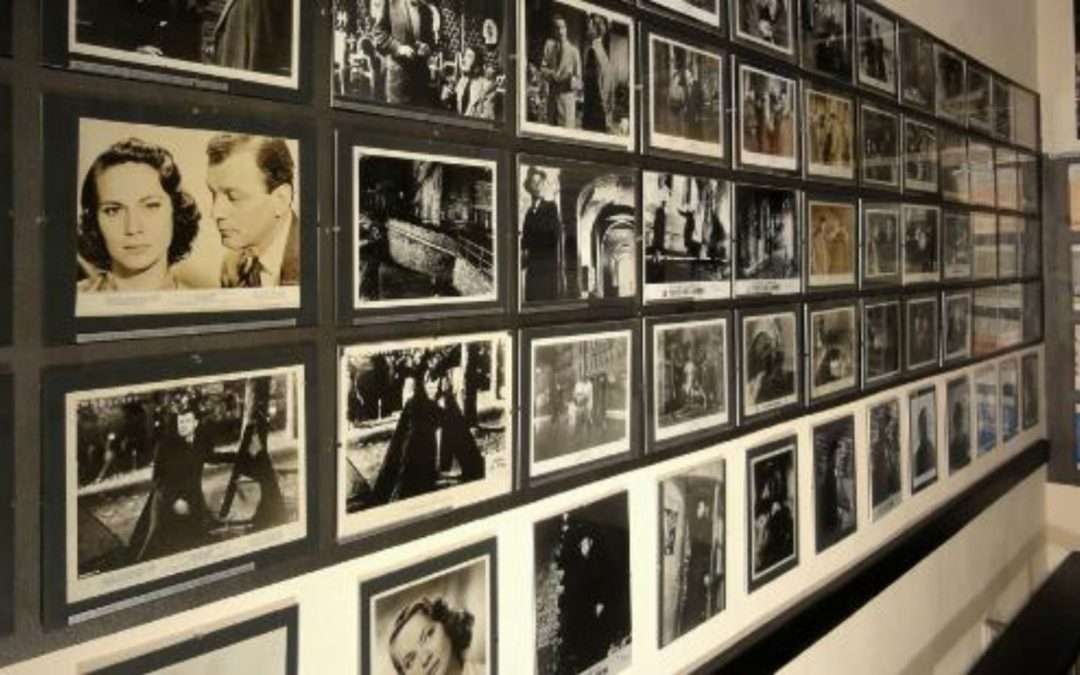 This year I visited Vienna for the first time since 2002. Back then I had made use of the latest Time Out travel guide  and had quickly noted from its index that the classic film “The Third Man” earned a mention on no less than nine of its pages. Even without its guidance, I would have made the inevitable trip to the Prater to see the famous ferris wheel, the Riesenrad. However, it was due to the information in the guide that I could seek out the doorway of 8 Schreyvogelgasse and take a photograph of the spot where Orson Welles famously makes his first appearance in the film.

At that time there were regular screenings of “The Third Man” at Vienna’s Burgkino and even now, with the seventieth anniversary of the making of the film coming up next year, it continues to receive screenings there three times each week. But what I had not anticipated when making my return to Vienna was that the city now contains yet another memorial to Carol Reed’s masterpiece: I refer to The Third Man Museum, an extraordinary concept that no visiting film enthusiast can afford to miss. However, that does mean that he or she should be present on a Saturday afternoon, for only on that day between the hours of 2.00 p.m. and 6.00 p.m. is the museum regularly open (there are exceptions, especially for guided tours including group visits).

The set-up may be unusual but it is explained by the fact that the museum is privately run. It was created in 2005 as a labour of love by Gerhard Strassgschwandtner and his wife Karin Höfler. Their building currently contains thirteen rooms and is situated at Pressgasse 25. These rooms are in most cases not large, but they are crammed full – and always in a good way. A basement area is largely devoted to the history of Vienna in the immediate post-war period but it also involves a look back at the preceding decade. Consequently, the focus there is much wider, but even here films are not ignored (how many of us, I wonder, remember that there was a 1951 production, Four in a Jeep, which portrayed the divided city being patrolled by representatives of the four occupying powers and in which the role of the Englishman in the vehicle was taken by Michael Medwin?). It is also here that one comes across the surprising information that in comparatively recent times “The Third Man” was remade in a little known foreign language version that changed the sex of some of the characters!

It is on the ground floor that we find two rooms largely devoted to Anton Karas and his music but also containing an old-fashioned projector on which visitors are invited to view a brief compilation of scenes from “The Third Man” on the original film stock. A screen is lowered for this in one of these rooms which contains numerous wall posters for “The Third Man” featuring not just different designs but different languages. However, true film enthusiasts are likely to spend most time in the seven rooms also on the ground floor but entered through a separate door. Here one is surrounded by whole walls taken up with images from the film together with pictures of those in the cast including the Austrian players with notes about them. Scripts can be seen that are annotated and also show alterations made while one room concentrates on the craze for “The Third Man” that grew up in Japan. How extraordinary to discover that even now the music used on the Tokyo metro to indicate to passengers that the last train of the day is about to leave is none other than a version of The Harry Lime Theme – and you don’t have to imagine it for you can actually hear it here.

Given his importance to cinema, it is hardly surprising that the star most prominently featured is Orson Welles – in the section devoted to him the posters range far beyond “The Third Man” to include such half-forgotten films as “Man in the Shadow” (“Pay the Devil”) and “The Tartars”. Furthermore, informative files containing photographs relating to all stages of his career are there on the wall to be flipped through for as much time as you can afford. In addition you can hear and see comments on Welles in filmed interview clips featuring the likes of Oja Kodar. The other star given significant space here is Trevor Howard since the museum contains personal clippings kept by him which again reflect not only on “The Third Man” and its reception but on his career generally. There is talk of papers and memorabilia that may soon be added from the estate of another of the British players, Wilfrid Hyde White.

As one would expect from the whole-hearted approach of its owners, there is a separate room devoted to Reed, Korda and Graham Greene and the premises at Pressgasse 25 although not large already contain a shop while leaving enough additional space to house future acquisitions. Fascinating and surely unique, the museum is a fitting memorial to what is – and always was – an outstanding example of British cinema. But “The Third Man” is more than that. Initially some of the Viennese were displeased by the fact that a movie destined to be shown world-wide offered such a sleazy picture of life in their city. Today, however, although the film hasn’t lost its edge, it has come to epitomise old Vienna so that for modern-day viewers there is an added sense of nostalgia for a past age which only makes the film richer (if the zither music of Karas plays a crucial part in this so does the photography of Robert Krasker in all its black and white wonder). Indeed, “The Third Man” has made history by becoming  history: it is now part and parcel of Vienna itself and the success of this remarkable museum confirms that to be true.