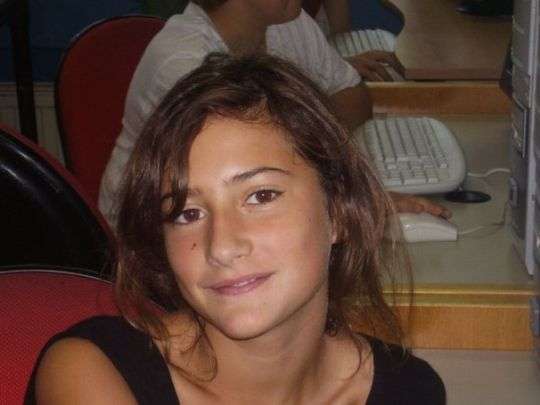 I think Goodbye First Love is a great film, but Screen’s critic Lisa Nesselson didn’t respond in the same way. When it comes to movies, it seems everyone has their own opinion. I don’t always agree with Screen’s critics, even though obviously ,their review automatically becomes “the Screen review”. It’s harder when I see a film I love, only to find it eviscerated on Screen Daily.

It happened recently in Locarno when I saw Mia Hansen-love’s Goodbye First Love (Un amour de jeunesse) which screened in competition. It had already opened in France in July. As a big fan of Hansen-Love’s The Father of my Children, I had  high expectations and was not disappointed. Rooted in her own teenage experiences, it’s an achingly beautiful film exploring the all-consuming intoxication of a first love affair and its impact on a young
girl over a period of ten years or so. Avoiding clichés of hysterical French maladie d’amour movies and revealing bitter truths about the caution and complications of adulthood, the film was a Locarno highlight and stayed with me long after the end of the credits.

It’s also notable for a star-making lead performance by 18-year-old Lola Creton, one of those withering French beauties destined for a long career. Creton carries her pain with her throughout the film, effortlessly moving from passionate 15-year old to more reflective twenty something.

So it was with some chagrin that I read the official Screen review by our France-based critic Lisa Nesselson who clearly detested the film and indeed Creton. Everything which I found profound and meaningful left her cold. I couldn’t have agreed with her less.

But Nesselson is a fine critic and I respect her opinion. Film after all is the ultimate subjective medium. Did she get it wrong? How can anybody’s opinion be wrong in a medium that aims to provoke a personal emotional response in every singe one of its viewers?

I appreciate that for some films, the Screen review can be a crucial factor in their future. Those are usually titles at film festivals which have no distribution in place and are looking for a sales agent or sales. Screen’s review is often the first one out of the gate. In the case of Goodbye First Love, the film has already opened in France and been widely pre-sold, so this review can be offset by the many good reviews of the film that have already appeared. But we pride ourselves on our roster of seasoned and intelligent critics, and often their opinion won’t be palatable to the film-makers, the sales agent or, in this case, me!

Coincidentally, on my return from Locarno, I found angry voices in the Screen team about our review of The Help, Tate Taylor’s screen adaptation of the Kathryn Stockett best seller for DreamWorks. I haven’t seen this film yet but heard nothing but good buzz ahead of its US opening. Two of my colleagues saw it in a UK preview and loved it passionately. Their enthusiasm was infectious and I was keen to see it.

The lacklustre Screen review by John Hazelton filled them with consternation, Again, it was a case of different opinions. As Editor I stand by John’s review, but still can’t wait to see the film and look forward to having my own opinion. The opinion of film critics is a perennial cause for dissent, of course. Sometimes I think we get it right at Screen, sometimes not, But that is the nature of film. It affects people in different ways. I remember sitting in the Cannes screening of Biutiful last year, feeling irritated and manipulated, only to turn to a colleague next to me who was crying with abandon, genuinely moved by the drama on screen. Yes, our reviews have a trade spin but they also, inevitably, represent the personal response of individuals.

This article appeared in Screen online on August 18, 2011.