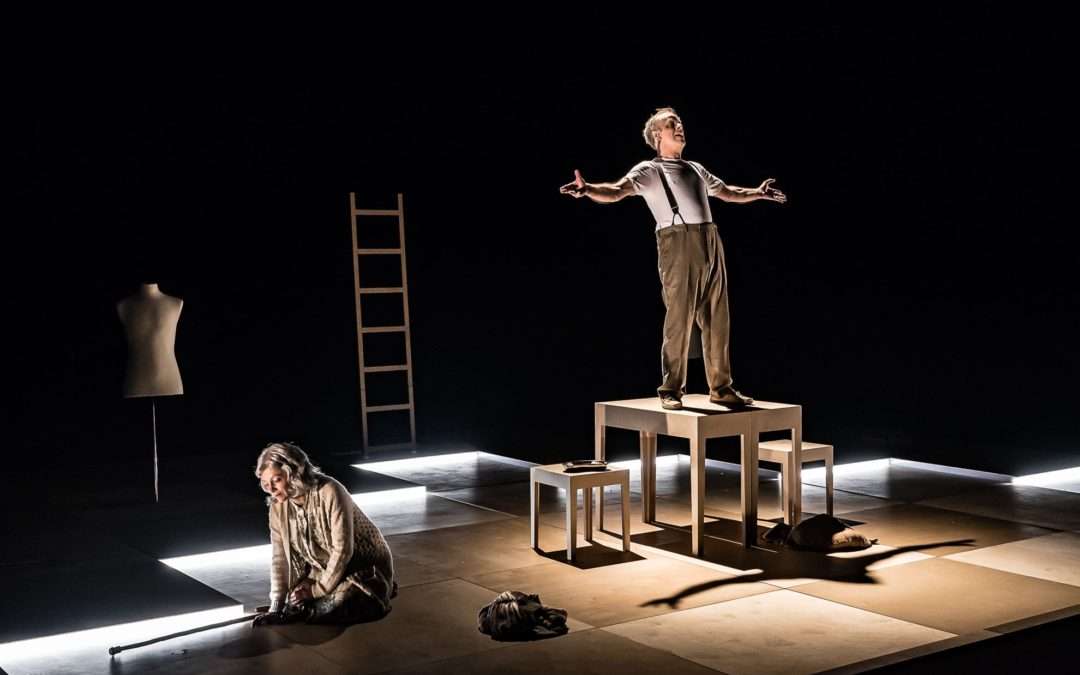 Y Tŵr (The Tower) is a new chamber opera by Guto Puw, directed by Michael McCarthy for Music Theatre Wales and Theatr Genedlaethol Cymru. The libretto is by Gwyneth Glyn, from a play by Gwenlyn Parry. Performed in Welsh with English surtitles, it is a two-hander, with Caryl Hughes as the woman and Gwion Thomas as the man, both of them on stage throughout the demanding evening.

The plotline makes Waiting for Godot look like Midsomer Murders. In Act 1, a young couple enter a tower. She flirts with him, he seems ill at ease and dreams of owning a fast motorbike. They hear a train go by: the orchestra under Richard Baker goes into Latin mode, with memories of Pacific 231 and Bachianas Brasileiras No 2. They argue about whether to go upstairs, promise to be honest in their relationship, and have sex in a sleeping bag. Here the orchestra visits excitable territory contiguous with Tristan and the overture of Rosenkavalier. The orchestra also plays a claustrophic arrangement of a Welsh lullaby with the top notes flattened and bottom notes ones sharpened.

In Act 2 the couple are older and talk about their son. Thomas is excited about being on matey terms with his boss, yet jealous that the man has flirted with his wife; the latter’s affair turns out to have been the basis of the man’s career. They talk about their son, quarrel, and again argue about going upstairs in the tower. The orchestra revisits its train and its lullaby.

In Act 3, the recipe is as before except that now the couple are old and practise the self-deceptions they had sworn in Act 1 to avoid. He dies and then reprises an optimistic aria from Act 1.

The drama thus belongs in vaguely the same territory as MacNeice’s Dark Tower and Auden/Isherwood’s Ascent of F6, with demotic chatter interspersed by a repeated set of life-and-death images and symbols. It would work well in a radio broadcast.

The music uses the vocabulary of expressionism, more drang than sturm. The atonal writing often becomes lyrical, especially in the horn and cello lines, suggesting the characters’ nostalgia and unrealistic hopes. Balance is a problem: the orchestra is one-per-part, leaving the brass too dominant and Hughes sometimes struggling to cut through. Also, despite the size of the ensemble the textures can be thicker than necessary, muddying the harmonic water. Some instrumental-vocal pairings worked very well; we needed more of that lighter touch.

Hughes does too much singer’s acting in the first half, pacing, gesturing and facial expressionising. As the evening wears on, she gets better and comes into her own in a final act where she is an impressive old woman.

Thomas is perhaps a little too goofy as the naïve young man, but in his prawn-cocktail middle-age and lost-newspaper old-age the characterisation is excellent; he uses his voice well and in character.

Samal Blak’s set is the same throughout, with the dressing-room mirrors and dummies upstage; costume and make-up changes take place in view. The tower and the imagery of going upstairs is represented in a symbolic ladder that breaks with Thomas’s death. In a simple but effective conceit, the couple’s furniture and ornaments are gradually moved off until the stage is all but bare at the end, the visual equivalent of Haydn’s Farewell symphony.