The Yeomen Of The Guard, CBSO Symphony Hall, Birmingham 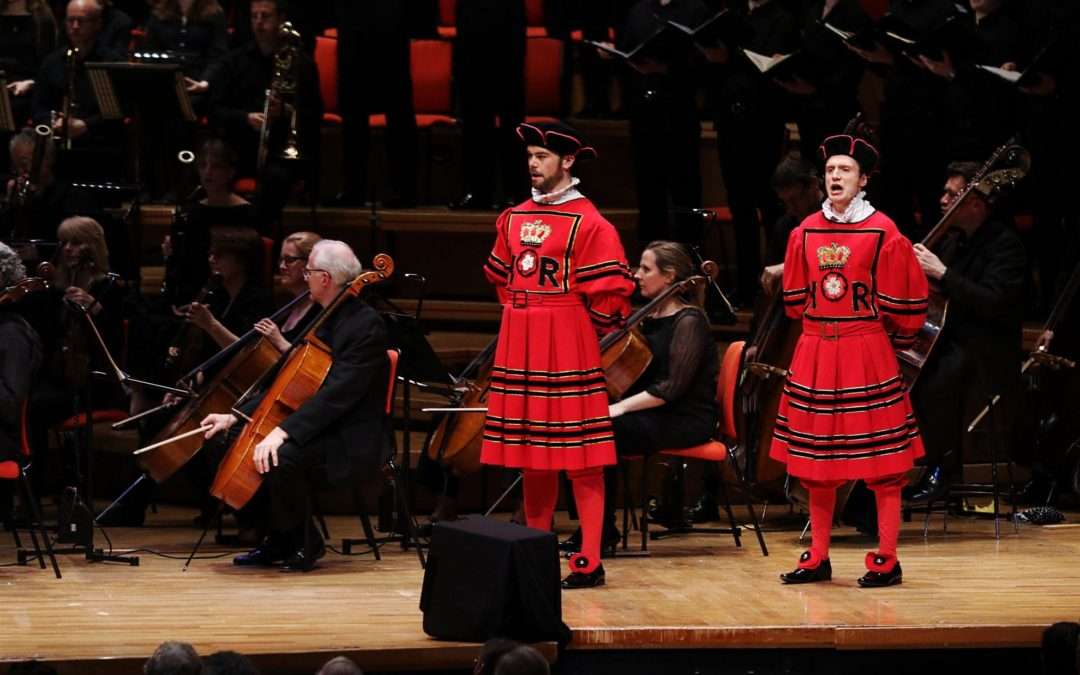 This could have been a dream performance, with an orchestra on perennially top form (despite fielding not quite the first eleven in terms of wind principals), a cast of soloists many companies could only wish for, a chorus fizzing with enthusiasm, and a conductor who always brings out the willing best from his musicians.

But this semi-staged, costumed presentation of Gilbert and Sullivan’s operetta fell down in the delivery of the spoken dialogue. Symphony Hall is not much suited to quickfire, unamplified speech, and though the many G&S cognoscenti laughed at every utterance, at least one non-member of that exclusive club was left floundering.

It’s a bizarre plot anyway, and its conclusion is cruel (the crushing of jester Jack Point’s love) in a way only Gilbert could be. So let’s ignore the libretto and concentrate instead on the musical delivery.

Sullivan draws inspiration from Schubert, the bel canto composers, and even the Wagner of Lohengrin, and these soloists rose magnificently to the challenge. Senior artistes such as Sir Thomas Allen (Sergeant Meryll) and Catherine Wyn-Rogers (a Hyacinth Bucket-like Dame Carruthers) headed a charmingly dedicated cast: Benjamin Hulett a rather raffish Fairfax, Sarah Fox a vulnerable, ultimately radiant Elsie, Heather Shipp a hugely positive presence as Phoebe and Božidar Smiljanić a bluff Shadbolt.

Simon Butteriss did a wonderful job of directing the stage action, but his portrayal of the tragic Jack Point came across as heavy and actually short on poignancy.

It was good to see minor roles taken by students, and to relish as well the Julian Wilkins-trained University of Birmingham Voices, young, fresh, and brilliant in the outrageously demanding patter Sullivan requires of them.

And behind all this were the CBSO and John Wilson, sparkling and empowering. Decades ago I reviewed the CBSO as an efficient but anonymous pit-band for Welsh National Opera. Here they provided a context bubbling with personality for what was going on out front.