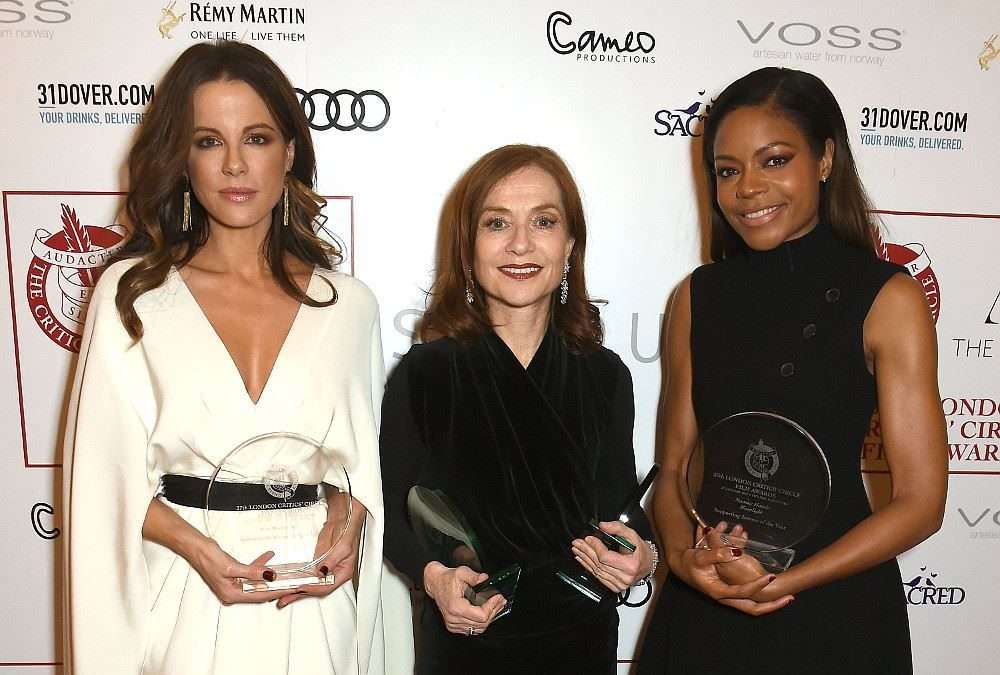 The UK’s leading critics spread the love among a range of films at the 37th Critics’ Circle Film Awards on Sunday night at The May Fair Hotel in London. Hosted by actor-filmmakers Alice Lowe and Steve Oram, the star-studded black-tie ceremony saw Damien Chazelle’s musical La La Land crowned Film of the Year, with top prizes going to films from Ireland, France, Hungary, Germany, Italy, Australia and the USA.

In a surprise move, Director of the Year was won by Hungarian filmmaker Laszlo Nemes for his Oscar-winning drama Son of Saul. Screenwriter went to Kenneth Lonergan for Manchester by the Sea, which also won Actor of the Year for Casey Affleck. Moonlight was presented with both supporting acting categories, for Naomie Harris and Mahershala Ali, who tied with Love & Friendship‘s Tom Bennett. Bennett’s costar Kate Beckinsale was on hand to claim the British/Irish Actress prize, while Andrew Garfield won British/Irish Actor for his performances in both Hacksaw Ridge and Silence.

Iconic French actress Isabelle Huppert also took home two awards. She was presented the prestigious Dilys Powell Award for Excellence in Film before going on to win in the Actress of the Year category for her performance in Mia Hansen-Love’s Things to Come.

Maren Ade’s acclaimed Toni Erdmann added to its global accolades as it was named Foreign-Language Film of the Year, while Gianfranco Rosi’s Fire at Sea took the Documentary honours. And Ken Loach’s I, Daniel Blake won The Attenborough Award for British/Irish Film of the Year.

The full list of winners for the 37th London Critics’ Circle Film Awards:

DOCUMENTARY OF THE YEAR
Fire at Sea

BRITISH/IRISH FILM OF THE YEAR
I, Daniel Blake

DIRECTOR OF THE YEAR
László Nemes – Son of Saul

SCREENWRITER OF THE YEAR
Kenneth Lonergan – Manchester by the Sea