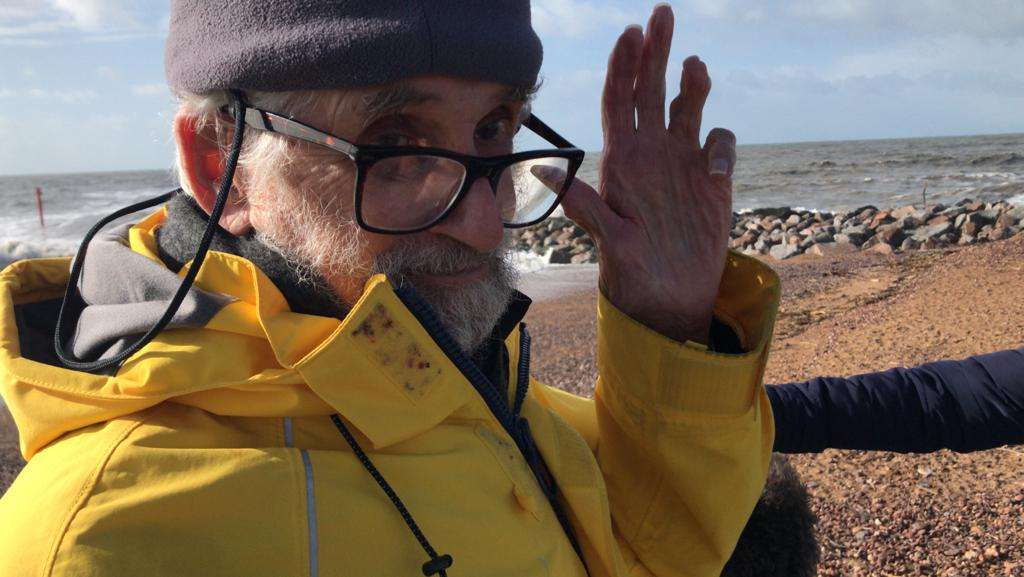 The colourist painter Philip Sutton was 92 on October 20, and is using his experiences of eight months in lockdown to embark on the next phase of his career – as a gallerist.

With several planned exhibition cancelled since February, Sutton is taking exhibiting his work into his own hands by opening The Philip Sutton Gallery in Bridport, Dorset, which will sell nothing but Philip Sutton paintings.

They have been increasingly clogging up his small 18th century cottage, which is attached to a sheltered care home where he old only see even close family rarely. “A bit like being in prison” he says ruefully. In the good weather he was able to use his garden as an al fresco gallery, setting up his paintings for passers-by to enjoy, but he needed a proper exhibition space.

Even though his eyesight is failing now and he will soon have to give up paint for coloured pencils and pens, Sutton has never ceased painting and he works as prodigiously as ever. He is cared for by the care home staff, but has his own house with a garden and a kitchen, in which he paints – “Sickert said that if you can’t work in the kitchen you might as well give up” he says.

An RA for almost 50 years he has exhibited in every Summer Exhibition since he was elected. He put six in for this year’s belated show, and in two days had sold five of them. He’s still popular. “They all went online, amazing. A bit like wartime without the bombs” he says. His work is in the Tate and the Government Art Collection.

Philip Sutton was a beneficiary of the ex-serviceman’s grant scheme after the Second World War and arrived at The Slade art school in 1949, his evening class drawings of car badges having spoken for him with the principal, William Coldstream. He arrived as part of the golden generation, Ewan Uglow, Craigie Aitchison and Michael Andrews all starting on the same day.

There he met Heather, his wife of 64 years who died three years ago, and they embarked on a penurious early married life. Settled in Battersea in the 60s and 70s, however, his colourful ebullience and instinctive draftsmanship made him popular and even fashionable. Their house became a salon and the work was collected by Harrison Birtwistle, Albert Finney, Penelope Wilton, Arnold Wesker, Nell Dunn, Carl Davis and Lord Snowdon, who did an elegiac photographic feature of the Sutton household for the Sunday Times Magazine.

In 1989 the family moved to Pembrokeshire, and he has now settled at West Bay in Dorset where, until Covid struck, he was able to stroll the beach daily and often sat on the sands to draw and paint.

“All I’ve got is my little garden now, but it’s full of birds so that’s what I’ve been painting in my latest work – takes me back to my childhood because when I was eight or nine my mother used to get me to paint robins every Christmas, so I’ve sort of come full circle.”

The care home staff keep him well protected from the coronavirus, but he is hardly aware of the danger. “They take very good care of me here, and occasionally during lockdown I’m allowed visitors – a bit like a prison really – but it’s all right. I’m lucky because I don’t have television and I don’t listen to the radio, so for all the time everybody’s so very upset I just work away quietly like a monk. So I’m a happy bunny really, the way the cards have fallen for me. Very lucky.”

But with all forthcoming exhibitions cancelled, and with the help of his daughter Rebekah and granddaughter Bonita, Sutton has decided to set up The Philip Sutton Gallery at St. Michael’s Art and Craft Quarter in nearby Bridport, a culturally interesting part of the town known for its diversity of artists and craftspeople. The first exhibition opens on November 21 – Philip Sutton: RA: His 21st Century Colours – focusing on his paintings from 2000 up to the present day. To book a private viewing go to eventbrite.co.uk or philipsuttonra.com

His friend Derry Irvine – Lord Irvine of Lairgs, the former Lord Chancellor – recalls William Coldstream telling him of his erstwhile pupil: “Phil can never be written off. His work can go through bad phases, but he is and always will be capable of producing something that is really good because he is a gifted, intuitive painter”.