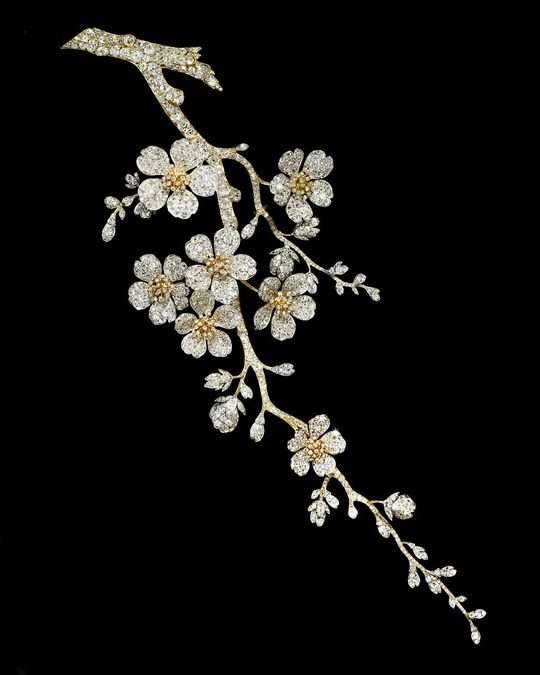 In an exhibition as exquisite in its way as some of the treasures it shows (and also all too briefly, so do not miss it), the Mayfair jeweller Wartski announces that Art Deco had arrived in design and decorative art a good half century before we give it credit for, and if you trace its back, as curator Katherine Purcell does, to as early as 1853. That was the first glimpse of the arts of the Edo Period in Japan, which ran for two and half centuries to mid-1860s.

For that was when the Japanese arts were brought from behind their bamboo curtain by the Dutch to show them at the 1853 International Exhibition in Dublin, and there was a more powerful impact in 1862 when the full range of Japanese decorative arts was seen in London’s International Exhibition with the collection of the first resident British diplomat in Japan, Sir Rutherford Alcock. Five years later, the Exposition Universelle in Paris redoubled the impact when Japan made its first national contribution to an international fair.

Through pieces borrowed from around the world from private collections and public ones, such as the British Museum and the V&A, the exhibition shows the influence the Japanese masters had on designers including Dresser (one of the few Western designers to actually go to Japan at this time), Cartier, Vever, Tiffany, Fabergé and Lalique, for many the father of Moderne design.

In the course of her research, Purcell has identified this extraordinary diamond-set corsage as the first piece to be identified as by René Lalique. Almost a foot long, the trembler – some elements are set on tiny springs so that the stones move and sparkle as they are being worn – had been identified simply as by Vevey, but she has found proof that it was in fact by Lalique for Vevey, made in the mid-1880s when he was in his late 20s (Lalique lived to be 85). It is the only known diamond-set piece by Lalique of such extravagance. Evoking cherry blossom, so beloved by the Japanese, its delicacy and poise are unmistakably influenced by traditional Japanese motifs. Those motifs are all the more evident in Lalique’s later glass work.

It was a remarkable departure. In Japanese custom women did not wear jewellery, so the art of the jeweller was confined to more practical things, such as boxes, the bone combs women adorned their hair with, netsuke buttons and miniature animal sculptures. The style became pervasive towards the end of the 19th century, with trays, perfume bottles, card cases, tie-pins, tiaras, brooches, earrings and pendants al heavily inspired by classical Edo style. European designers even borrowed the Japanese way of using their craft at its most delicate or objects like a pruning knife (Fabergé) or a page-turner (Tiffany). Christopher Dresser’s teapots of the early 1880s could have been deigned in the late 1930s.