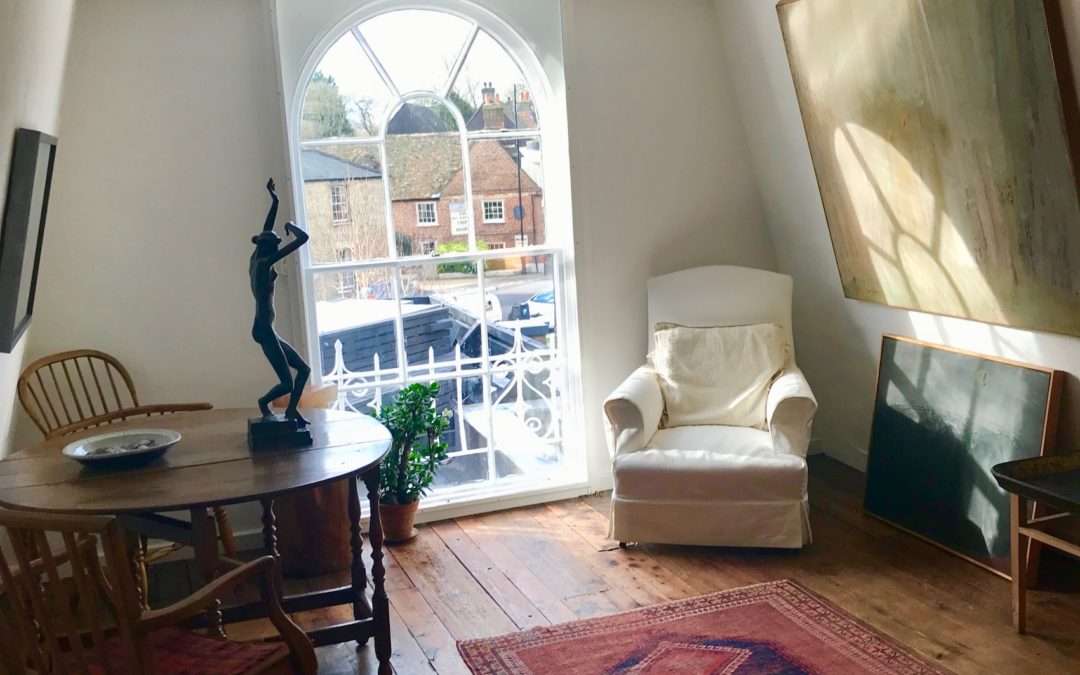 The visual arts centre created in Cambridge by Jim Ede has undergone an £11.3m restoration and expansion. Simon Tait reports.

There ought to have been a sign outside Kettle’s Yard in Cambridge saying “Modern Art Starts Here”. The story of this extraordinary place is the story of what, when it opened in 1957, was still largely contemporary art – painting, sculpture, installation – and after an £11.3m expansion is a still signpost, representing the great names of the 20th century and now the representatives of the latest thinking.

It was the invention of Jim Ede, a curator and collector who introduced the world to, among other now household names in the art world, the St Ives artists in all their extraordinary range.

He defined himself as “an artists’ friend”. His wife Helen used to ask Ede why, when they needed the money for their own family, he was sending another £30 to Barbara Hepworth he simply replied “Because artists are more important”, recounts  Kettle’s Yard’s director, Andrew Nairne.

It is fitting that with the extension that opens on February 10 comes into the centenary year of the end of the First World War because Nairne believes that Ede’s extraordinary outlook and devotion to artists stems from his war experiences.

Ede had been an art student at Newlyn when he went to war, and was invalided out after a year with chronic gastritis from which he never really recovered despite his long life. Nairne believes his experiences gave him an accentuated belief in the home, and that art was to be lived with, not worshipped. After studying at the Slade post-war Ede became a curator at the Tate Gallery and grew frustrated with the gallery’s refusal to consider buying anything after the Pre-Raphaelites, and wouldn’t listen to his blandishments on behalf of the likes of Mondrian and Picasso. He left in 1936 and built his own house in Morocco, a minimalist design presaging fashion.

He had already become friends with key artists, including probably the most influential sculptor of the 20th century Naum Gabo, and acquiring the works of still unregarded artists like Henri Gaudier-Brzeska. Gabo spent five or six seminal years among with the St Ives group at the centre of which were Hepworth and Ben Nicholson, and Ede supported them and bought their art, and that of other artists in the group including Christopher Wood and the naïve painter Alfred Wallis. He also championed Miro, Brancusi and Henry Moore.

He and Helen returned to England and bought a house in Cambridge which they filled with the art they had collected, which was displayed as part of daily life, and invited students not only to see it but tomorrow it. Any students there at around 2pm were invited to tea, bread and honey. He bought and adapted three adjacent cottages to accommodate the art, and in 1966 gave the collection and property to Cambridge University. In 1970 Ede persuaded the university to agree a major expansion, designed by Leslie Martin, designer of the Royal Festival Hall, and Ede’s Cambridge friend David Owers. Jim Ede retired to Edinburgh in 1973 and died in 1990, aged 95.

The transformation by Jamie Fobert Architects leaves the Ede home intact but adds two new galleries and an education centre as well as a café and new entrance, reflecting Kettle’s Yard’s connection with the community balancing its relationship with the university.

The redundant 12th century church St Peter’s is next to the gallery, and outside it is a neon light artwork by Nathan Coley which reads “The Same For Everyone” which succinctly describes the Ede ideal. True to his dictum that art cannot be categorised, the latest extension allows contemporary work to be seen alongside the Ede legacy. The opening exhibition is called Actions, a title inspired by a letter from Gabo to the critic Herbert Read in which he makes the case of the value of all art: “It involves the whole complex of human relation to life” her wrote. “It is a mode of thinking, acting, perceiving and living”.

So there are three works commissioned from Khadija Saye before she died in the Grenfell Tower fire are here, along with work by Gabo, Hepworth, Edmund de Waal, John Akomfrah, Joseph Beuys, Any Gallaccio, Callum Innes, Ben and Winifred Nicholson and Gustav Metzger.

The living areas have been scrupulously preserved, even to the grey pewter oval dish with a single lemon on it, the lemon replaced daily, as the Edes had it, and the rugs that were being thrown out by the university. In Helen’s room – where she would retreat when the students were offered tea – has its restored windows subtly decorated in chalk droplets by Cornelia Parker.

“If Gabo’s vision, his ambition for what art can do, is the inspiration for the exhibition, we also knew we wanted to make an exhibition” Nairne says “which would reflect the energising diversity of art now, include commissioned new work and continue long standing creative partnerships with our local communities”. A new chapter in the Ede story of Kettle’s Yard.

This article was first published at Arts Industry, www.artsindustry.co.uk