Life, legend and landscape at the Courtauld Gallery 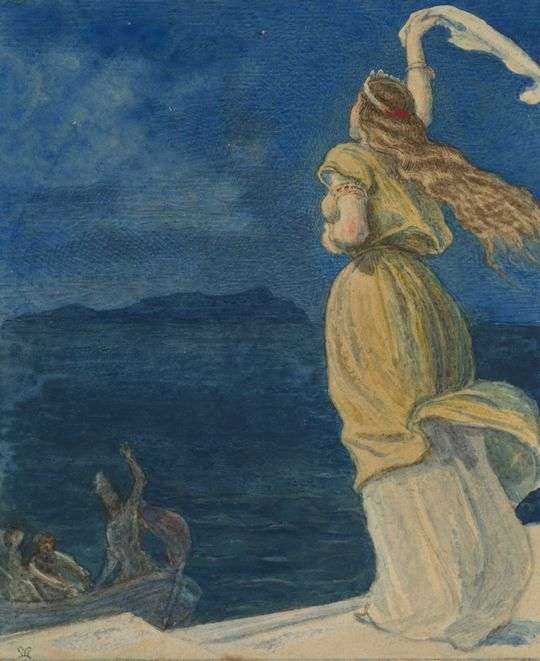 The centrepiece of this small exhibition of some pieces from the Courtauld’s collection of Victorian drawings and watercolours is Frederick Walker’s The Old Farm Garden, which was acquired two years ago and has not been seen for many years. It is a fascinating piece, amazingly detailed – this is not translucent water colour with washes but something that has been carefully constructed layer on layer. Look also how the woman, his sister, has been placed to assist the composition , as has the cat playing with the ball of wool on the grass beside her. The other picture which seizes the eye is William Henry Hunt’s Chaffinch Nest in May. It looks like a study from nature, but is, in fact, something done in the studio, carefully composed. Go up close and wonder at the way he has used tiny dashes of paint to create the images. Again this is not the purists believe water water colour should be used. To see one of those turn to Turner’s The Falls of the Rhine at Schaffhausen where everything is colour and there is no detail. Look also at William Etty’s Female nude with a cast of the Venus de Medici which opens the exhibition – the Royal Academy schools made people study first from casts before turning to life painting and here he has combined the living with the inanimate marvellously. Outside the Courtauld they are advertising the show with a magnificent and large banner of Millais’ The Parting of Ulysses, a watercolour he based on an illustration which he had done for a book. The banner is vast, the picture tiny. Either way it works. 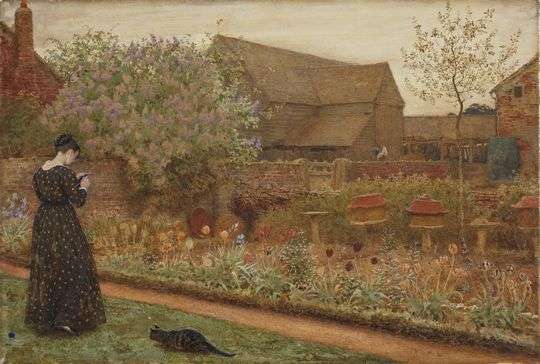 Lost from view for many years this painting was recently presented to the Courtauld. Walker began his career as an illustrator and is little known outside a small circle of specialists today. John Ruskin described the flowers in this work as “worth all the Dutch flower pieces in the world.” 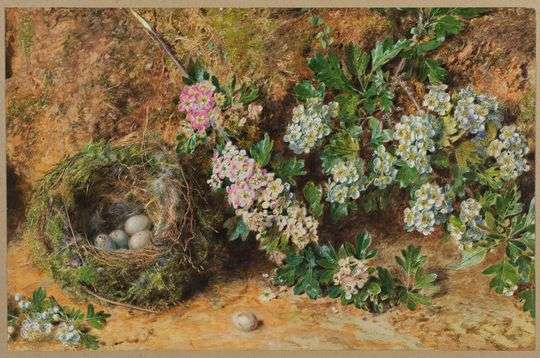 The painting exemplifies Ruskin’s ideal of “truth to nature” and looks completely natural but is the result of work done painstakingly in the studio. 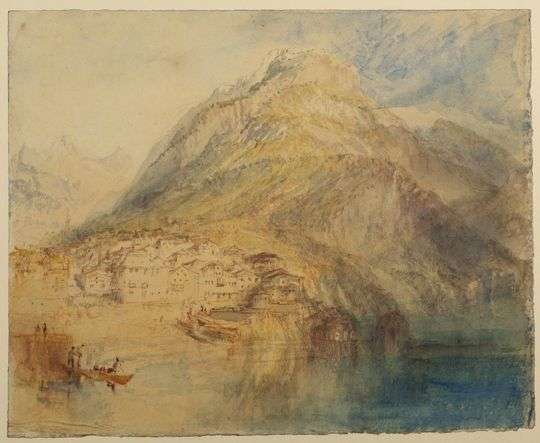 Brunnen on Lake Lucerne by J.M.W. Turner. © The Courtauld Gallery