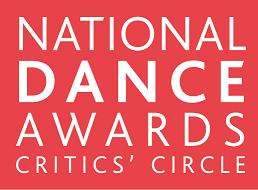 The National Dance Awards is delighted to announce that Marquee TV is the latest sponsor to join the impressive network of supporters for the twentieth edition of the Awards – #NDA20.

The nominees for the Marquee TV Award for Best Independent Company are:

The winner will be announced at a lunchtime ceremony to be held at The Barbican on Wednesday, 19th February 2020 from 1300 hours.

Marquee TV was launched in 2018 and is growing rapidly worldwide.  It is a global on-demand platform for the performing arts.

Marquee TV’s vision is simple: to champion the world’s finest companies and artists and, by showcasing their performances on an international streaming service, to extend their reach to new audiences.

In announcing this new sponsorship, the chairman of the Dance Section, Graham Watts OBE, said:

“We are delighted to welcome Marquee TV as the headline sponsor for the Marquee TV Award for Best Independent Company.  Their mission to champion performing arts companies around the world is a perfect fit for this particular award and we hope that this is the start of a long and mutually beneficial relationship.”

The full line-up of sponsors will be announced on Wednesday, 29th January 2020, three weeks’ prior to the awards ceremony.