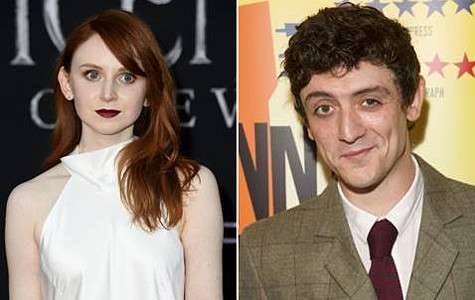 Pearl Pictures Productions comes on board as headline sponsor for the 40th anniversary of the red carpet awards event, which will be held for a eighth year at The May Fair Hotel.

British actors Jenn Murray and John Dagleish will announce the nominations for the 40th London Critics’ Circle Film Awards at a lunchtime event on Tuesday 17th December at the May Fair Hotel. The critics received their ballots this week, with all films released in a UK cinema between February 2019 and February 2020 eligible to be nominated.

Jenn Murray first appeared in the 2008 Irish drama Dorothy Mills, for which she received a Best Actress nomination at the Irish Film and Television Awards. Other notable screen credits include: Testament of Youth (2014), Brooklyn (2015), Love & Friendship (2016) and Fantastic Beasts and Where to Find Them (2016). She has most recently been seen in cinemas as Gerda alongside Michelle Pfeiffer in this year’s Maleficent: Mistress of Evil.

John Dagleish made his feature film debut in the 2011 adventure thriller Age of Heroes, before going on to take roles in The Monuments Men (2014), Justice League (2017), Christopher Robin (2018) and Mary Poppins Returns (2018). In 2015, he won a Laurence Olivier Award for Best Actor in a Musical for his portrayal of Ray Davies as part of the original cast of Sunny Afternoon. This year, Dalgleish has appeared in the award-winning feature Farming and as Lonnie Donegan opposite Renée Zellweger in Judy. Early 2020 will see him return to screens in Guy Ritchie’s The Gentleman.

Joining the event as headline sponsor is Pearl Pictures Productions. Founding producer Zachary Weckstein said: “Pearl Pictures Productions is proud to partner with the clever critics of the Critics’ Circle, respected for honouring film quality, and keeping their endorsements shielded from commercial and political influence. The UK critics generate audiences not only for blockbusters, but smaller independent films, influencing a vast list of awards and shortlists for world cinema. The Critics’ Circle and Pearl Pictures Productions share a passion to empower great filmmakers, and a guiding principle of our collaboration will be to show recognition to both named and unnamed talent.”

Returning for an eighth consecutive year as a main sponsor is the May Fair Hotel, part of the Edwardian Hotels London group. General Manager Botho Stein said: “We’re excited to host and welcome back our friends from the Critics’ Circle Film Awards. The Critics’ Circle Film Awards are often seen as a notable precursor to the other major awards that follow, including the Baftas and the Oscars. They complement the dynamic style of the May Fair Hotel, and we cannot wait to welcome the best of the worldwide film industry’s talent to the hotel in January.”

Rich Cline, chair of the Critics’ Circle Film Awards, commented: “Our awards stand out from the crowd because they are chosen by people who watch all of the films released in Britain every year. The ceremony is an integral part of the annual awards-season conversation and has consistently highlighted film achievements that may be overlooked by other groups. I am also delighted that we’re returning to the intimate, five-star glamour of The May Fair Hotel for an eighth year, and working with our new headline sponsor Pearl Pictures Productions. These partners are integral to our event, and we look forward to working with them to put on another great evening.”

The 40th London Critics’ Circle Film Awards presented by Pearl Pictures Productions will be held on Thursday 30th January 2020 at the May Fair Hotel. The red carpet ceremony is expected to attract a host of stellar British and international film talent. The awards are voted on by the 155-member Film Section of the Critics’ Circle, the UK’s longest-standing and most prestigious critics’ organisation.