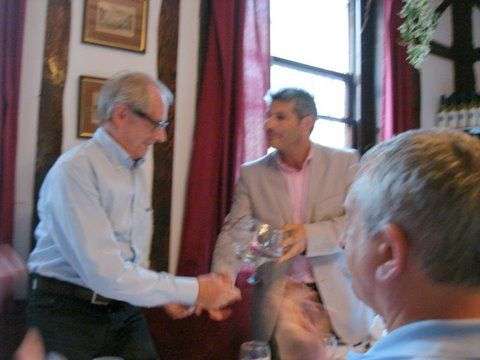 The Lunch hosted by our President, Tom Sutcliffe, to present Ken Loach with his Award was held at the Piccadilly Restaurant in Soho on Thursday, August 4, 2011

Raymond Bennett of The Hollywood Reporter.