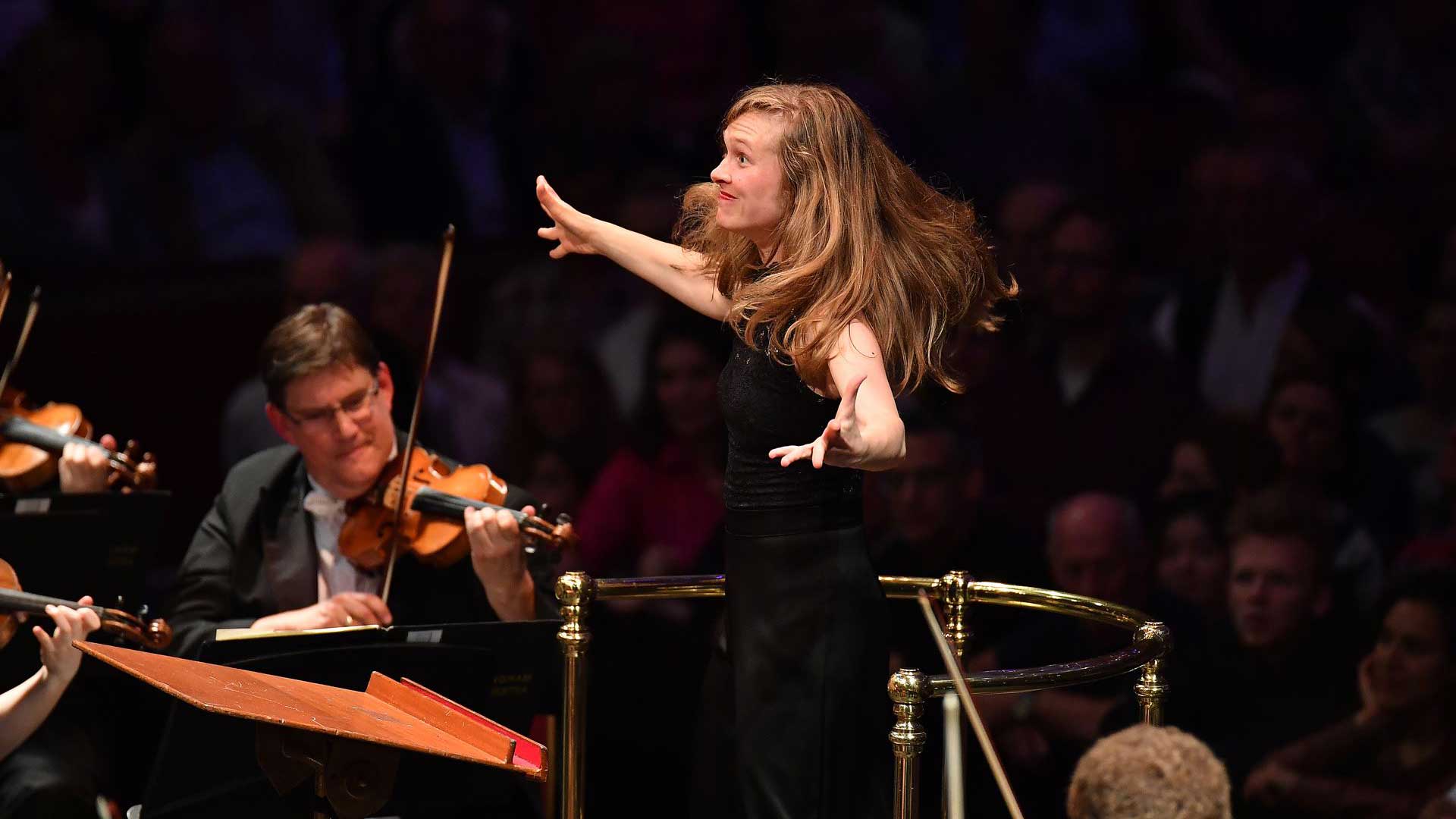 What a heartening sound. The full house in the Royal Albert Hall didn’t just greet the end of this very fine Prom of Beethoven, Stravinsky and Gerald Barry by the City of Birmingham Symphony Orchestra and Mirga Gražinytė-Tyla with applause. It roared.

It is 18 months since the Lithuanian was announced as the new orchestra’s new principal conductor (following the Latvian Andris Nelsons) and now almost exactly a year that she has been in post. It was a major coup for the orchestra to appoint her, and her high-energy way of connecting with every section and every player in this orchestra is clearly working miracles.

The concert was bookended by two well-known works by Beethoven. The performances brimmed, teemed and gleamed with vivacity. Gražinytė-Tyla worked from memory and without a baton, shaping every phrase with her eloquent hands. The rhythms in the Leonore Overture No. 3 tripped and danced, the string phrases sang out with unanimity and conviction, every player fully committed. There was a palpable sense of direction, a strong instinct for where the peaks were and how to get to them, the feeling that every note and nuance has its place and its purpose in the whole construction.

Gražinytė-Tyla has spoken of the particular challenge of interpreting a work as well-known as Beethoven’s Fifth Symphony, and her reading of the first movement was perhaps the most extreme. She works with Beethoven’s feeling of restlessness and impatience by seeming to hurl the phrases on top of each other, anticipating the beat. It is a challenging way to approach the music, yet the sheer conviction she elicited from the players made complete sense of it. And all this jostling made for a delightful moment of repose and freedom when the orchestra’s principal oboe Rainer Gibbons was given all the space he needed for his first movement solo.

There were memorable moments throughout this performance: a beautiful warmth in the melodic playing of the lower strings, a glorious entry by the horns in the third movement, a perfectly balanced moment just before the symphony’s final blaze when timpani, played with hard sticks, made an eerily quiet truce with hushed strings. The Fifth Symphony took Beethoven around four-and-a-half years to complete; it was wonderful to hear a performance which dug so deep into its essence and complexity,

The new work, Gerald Barry’s Canada, sat oddly in this programme. Barry has previously channelled the anything-goes late-’60s spirit of iconoclasm of his teacher Maurizio Kagel and written works paying ironic homage to Beethoven, just as Kagel did before him. This was another of those. Allan Clayton used his presence and innate comic timing to good effect, but the piece clearly left the audience unsure whether to laugh with or at it. Barry had lifted a piece of his own orchestral juvenilia for the first orchestral section, and then gone into full-on snarling sub-Varèse mode. It didn’t convince me.

Stravinsky’s Violin Concerto, on the other hand, did earn its place. The piece is one of the peaks of the composer’s neo-classical phase, and found an ideal interpreter in Leila Josefowicz. This violinist always seems on a mission to make nothing predictable or bland. Her phrasing – reinforced by forward lunges to make the point – presented the music with freshness and real strength of character. There was not just precision and care in this reading, but also a sense that Gražinytė-Tyla and Josefowicz shared a persuasive common vision of the work. The CBSO’s acting leader Tomo Keller did superbly, sparring with Josefowicz in the concerto grosso sections of the final movement.

As an encore, Josefowicz played an extract from Esa-Pekka Salonen’s Lachen Verlernt for solo violin, written for Cho-Liang Lin in 2002. Josefowicz dug into the strings, propelling the moto perpetuo along; the piece chimed well with the ethos of the Stravinsky. Her final dissolve into quiet abstraction was superb.

This superb concert ended with a lively, scurrying account of Bach’s famous Air from the Orchestral Suite No. 3. A great night. And as Gražinytė-Tyla reminded the audience again at the end of this concert, people interested in classical music should definitely “come and see us in Birmingham”.

(The concert will be broadcast on BBC Four on August 27th)