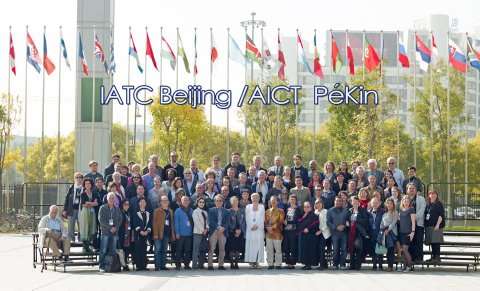 The International Association of Theatre Critics held a successful world congress in Beijing in October. Hosted by the Central Academy of Drama of China and the China Centre of IATC, the congress brought together 100 professional theatre critics (both journalistic and academic) from more than 30 countries.

Congress elected a new president of IATC. Margareta Sörenson, from Sweden, is the first female president in the organisation’s history. She replaces Yun-Cheol Kim, of South Korea,  IATC’s first Asian president, who stands down after eight years to pursue his new role as artistic director of his country’s National Theatre.

Britain was re-elected to IATC’s executive committee (excom); Mark Brown of the Sunday Herald will serve another two-year term on an excom which now includes members from Nigeria and India alongside colleagues from other countries in Asia, North America and Europe. The Critics’ Circle drama section was also represented in Beijing by Ian Herbert, past-president of IATC. The British delegation was completed by Maria Shevtsova (an associate member of IATC), who is professor in the Department of Theatre and Performance at Goldsmiths, University of London and co-editor of the New Theatre Quarterly.

The congress saw the announcement of Eugenio Barba, theoretician and theatre director, as the latest recipient of IATC’s biennial Thalia Prize for an outstanding intellectual contribution to the world of theatre.

Britain’s excom member, Mark Brown, continues to run the IATC’s international young critics’ seminars (alongside Jean-Pierre Han from France). These seminars are very successful events, and are regularly over-subscribed. A number of British young critics have benefitted from these seminars in recent years. Any Circle members who know professional young critics, aged between 18 and 35, who might like to attend an IATC seminar, please put them in touch with Mark at: markbrown.teatro@gmail.com.

Likewise, any Circle member interested in any aspect of IATC’s work should feel free to get in touch with Mark.