The Return of Ulysses, Royal Opera at the Roundhouse 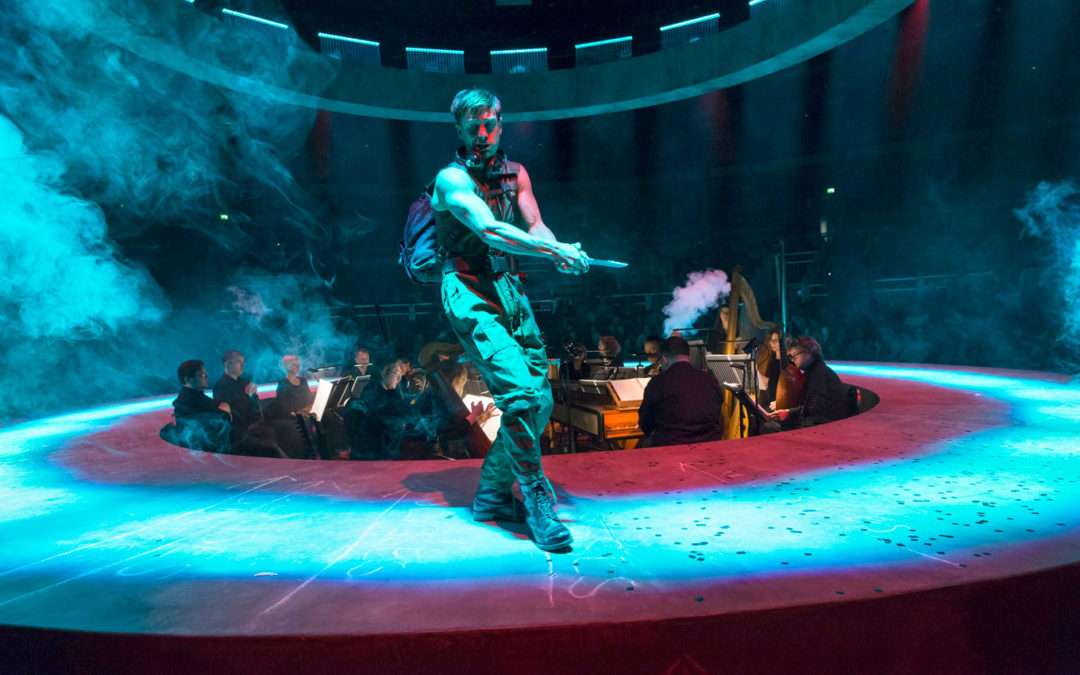 Return in the round

Monteverdi’s Il Ritorno d’Ulisse was wonderfully entertaining in Peter Hall’s classic Glyndebourne production of Raymond Leppard’s orchestrated edition 44 years ago starring Janet Baker and Ben Luxon. But Monteverdi operas need some help to burst into life. I found Pierre Audi’s famed but precious Ritorno d’Ulisse in Amsterdam 20 years later largely lifeless. So it was good that John Fulljames exploited the appealing qualities of his youngish cast more than decently at the Roundhouse – even if his road-movie approach (on a revolving circular track surrounding the Early Opera Company orchestra in the middle conducted by Christian Curnyn) had to make do with almost no sense of location and fairly wobbly visual focus.

The Royal Opera was wise to do the opera in Christopher Cowell’s effective and singable English translation. I dread to think how much less followable it could all have been in Italian with Christine Rice as Penelope walking her role due to an infection, and Caitlin Hulcup – a young Australian understudy with a really interesting voice and highly accomplished technique – singing the role from the midst of the orchestra (revolving anti-clockwise). Even with the superlative Ulysses of Roderick Williams, also doubling somewhat misleadingly as Human Frailty, it was above all the singers making so much of the text that really mattered.

Hard to see exactly what the Japanese set designer Hyemi Shin had designed, since the flavour of the show (in which extras and chorus played enhanced roles designed to show how generously Penelope ran Ithaca’s foodbank – which in Germany would have justified a credit for the dramaturg it certainly not being in Badoaro’s libretto) was largely down to the Japanese costume designer Kimie Nakano, mixing garments from classical statuary with contemporary fashion. In support, Susan Bickley’s servant Eurycleia and Mark Milhofer’s aged shepherd Eumaeus made typically solid contributions, while Nick Pritchard, Tai Oney, and especially David Shipley were outstanding robust suitors – avoiding seeming too like the Three Kings following their star.

But the broad comedy of the plump parasite Irus (Stuart Jackson) was more beastly than funny. Recalling Hall’s interpretation at Glyndebourne, dubbed “Monteverdi’s flying circus” (in early Python days) because of how it flew from the flies the varied divine interventions that characterised early opera’s fascination with classical narratives, I missed the humour and vitality that Hall brought to the varied levels of human suffering and divine will in Badoaro’s original.

Fulljames’s modernisation concluded by suggesting Penelope’s fabled fidelity was not really leading to a happy ending, after the too-long unrecognisable Ulysses and his magically manageable bow had slaughtered her suitors. Poor Samuel Boden’s rippling abs as young Telemachus seemed less significant than his nose put much out of joint by Daddy’s return – as Fulljames hinted Penelope’s retirement plans must also have been. Curnyn conducting and the cast’s singing stood up Monteverdi’s crafty mixture of recitative and arioso verging on tunefulness with genuine distinction. For the public seeking baroque pleasure there was enough of delight. But the Roundhouse and opera in English were obviously a calculated play at making the Royal Opera less exclusive and beyond general reach – considering ENO may be on its positively last legs. Covent Garden’s subsidy has to do more than just slightly reduce the unaffordable cost of ticket prices for the rich.