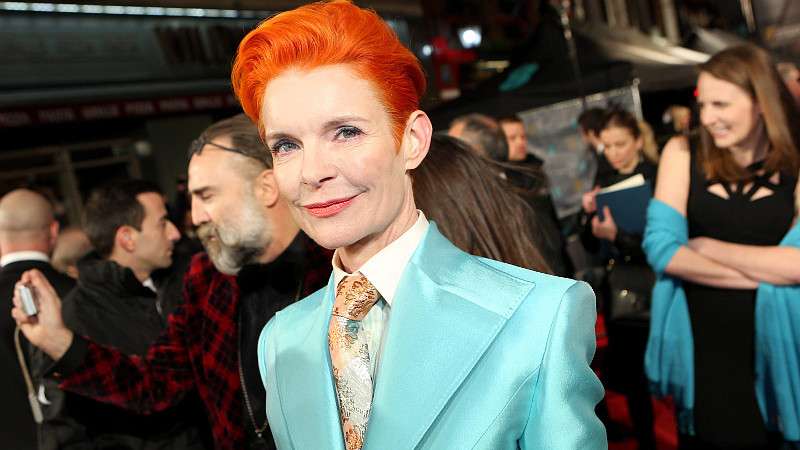 The Oscar-winning costume designer will receive the Dilys Powell Award for Excellence in Film at the UK film critics’ special 40th anniversary ceremony on 30th January.

The UK’s leading film critics today announced that Sandy Powell will receive their top honour, the Dilys Powell Award for Excellence in Film, at the 40th London Critics’ Circle Film Awards presented by Pearl Pictures Productions on 30th January at the May Fair Hotel.

In response, Powell said: “I am honoured and thrilled to be the first costume designer to be a recipient of this prestigious award!”

The London-born Sandy Powell OBE was most recently nominated for the Critics’ Circle Film Awards for her costumes in the 2015 film Cinderella. She began her career working with Derek Jarman on Caravaggio (1986), had her breakthrough with Sally Potter’s Orlando (1992), and has gone on to win Oscars for Shakespeare in Love (1999), The Aviator (2005) and The Young Victoria (2010), as well as Baftas for Velvet Goldmine (1999), The Young Victoria and last year’s The Favourite.

Known for her boldness and attention to detail, Sandy Powell is a regular collaborator with filmmakers including Martin Scorsese, Todd Haynes, Neil Jordan and Julie Taymor. This past year, Powell’s costumes for Scorsese’s The Irishman have been acclaimed for helping pinpoint some 200 characters across a narrative that spans five decades, including more than 100 costume changes for Robert De Niro alone. She has recently completed work on Taymor’s The Glorias, an ambitious biopic about Gloria Steinem starring Julianne Moore, Alicia Vikander and Bette Midler.

As this year marks the awards’ 40th anniversary, the critics will give out multiple special honours at their gala ceremony, in addition to the regular line-up of awards in various international and British/Irish categories. A full list of nominations and special awards will be announced on 17th December at The May Fair Hotel by British actors Jenn Murray and John Dagleish.