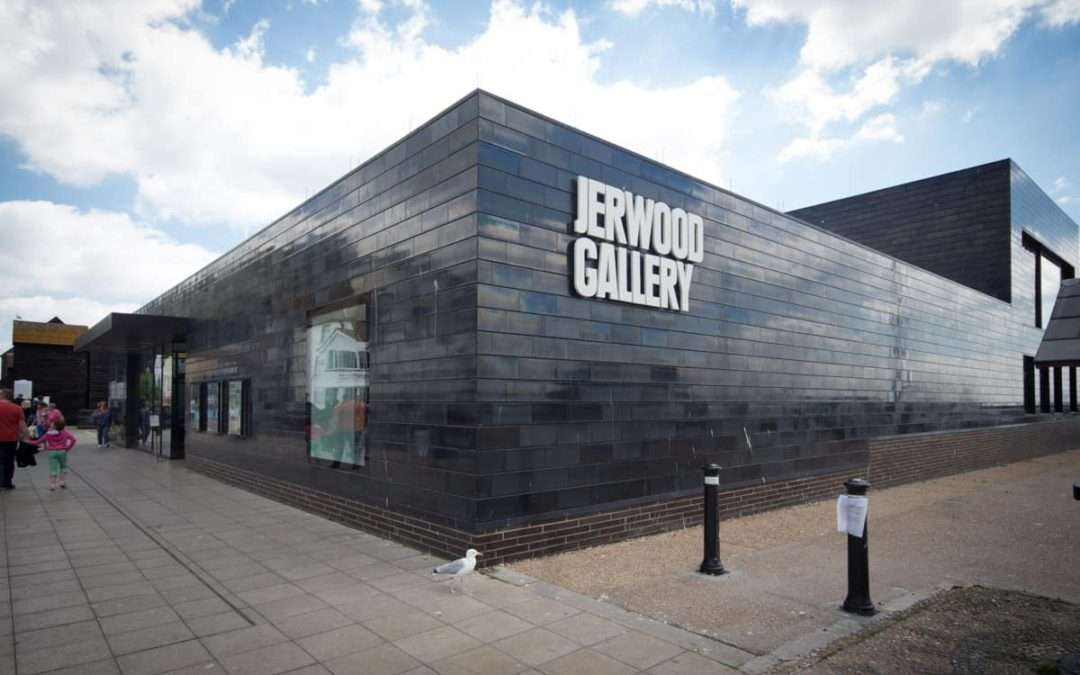 The Jerwood Gallery at Hastings

For almost 20 years the collection of pictures that are the core of a gallery opening on England’s south coast has quietly grown inside an elegant early 19th century town house in Fitzroy Square.

Works by Spencer, Lowry, Sickert and John arrived and were given their space on the walls of the stairway or the boardroom, to be seen by the very few who were invited.

The collection has now grown to 200 paintings, and their own gallery has now opened on The Stade, the ancient fishing beach at Hastings.

The £4m Jerwood Gallery, set in a £9m regeneration of what had been a coach park, is devoted to the British 20th and 21st century art, and its gathering has been the personal mission of the chairman of the Jerwood Foundation, Alan Grieve. “It is a private enterprise for the public benefit, and that’s true philanthropy,” he says.

The Jerwood Gallery is the latest component of a “pearl necklace” of new and refurbished galleries of modern and contemporary art that have opened along the Kent and Sussex coast, following Turner Contemporary in Margate, the Towner in Eastbourne and the De La Warr at Bexhill-on Sea, with Folkestone now hosting the large open air exhibition of contemporary sculpture in its Triennial series.

Grieve became chairman of the Jerwood Foundation in 1991 on the death of the pearl millionaire John Jerwood and created an arts charity which to date has given away more than £90m. Apart from a few small scale largely musical education schemes, the sponsorship programme began in earnest in 1994 with the Jerwood Painting Prize, recognising the resurgence of British painting at the time. Since then the Liechtenstein-registered Jerwood Foundation and its subsidiary the Jerwood Charitable Foundation, based in London, have instigated a raft of grant schemes in all areas of the arts.

Their capital projects include the Jerwood Space, the rehearsal facility in Southwark for which fees are charged according to the users’ ability to pay, and the £3m contribution to the rebuilding of the Royal Court Theatre.

The Jerwood Gallery, however, built on two storeys by the young HAT Projects practice, is the capital project closest to Alan Grieve’s heart. Hastings was picked after a trawl of likely sites around England, including Birmingham, Milton Keynes and Gloucester, and the positive attitude of the local authority was a decisive factor.

There were loud local objections to the plan when it was announced. “That’s died away now, because you can see how it complements the Grade II listed net huts on the beach,” said gallery’s director, Liz Gilmore. “It really is the most beautiful gallery”.

She had been the director of visual art for the Arts Council and worked closely with the organisers of Turner Contemporary which opened at Margate last April. “It was a risk that was completely justified by the response of the community to it, they have completely taken it to their hearts and it has lifted the town,” she said.

The Fitzrovia house had been the headquarters of the foundation until three months ago when it was sold, with the foundation itself now settled in less grand surroundings in Notting Hill.

Alan Grieve was, with his wife Karen, a private art collector, but he began Jerwood’s collection in 1993 when he perceived a gap in the public representation of British art since 1900. At first he relied on the advice of friends, such as the then director of the Art Fund, Sir Peter Wakefield, but his daughter Lara Wardle, who was associate director of modern British art at Christie’s for seven years before becoming Director of the Jerwood in 2010, is his closest adviser now.

Grieve began with the purchase of Brangwyn’s Out of my Window at Ditchling. He bought a Bomberg and pieces by Sickert, Augustus John, Christopher Wood and Keith Vaughan, Spencer, Winifred Nicholson, Anne Redpath and Paul Feiler. The collection has grown steadily, and he is proud that the Foundation has never paid more than £100,000 for a picture. The collection has been augmented by the work of winners of the Jerwood Painting Prize, which ran until 2004, with pieces from Maggie Hambling, Craigie Aitchison and Prunella Clough.

“The collection isn’t comprehensive, you couldn’t be in 200 pictures, but really to fill in the missing strands and look beyond the market,” Lara Wardle said. She will continue to acquire, buying within the Foundation’s means rather than with a defined ceiling. “If the work is right, we wouldn’t set that type of limit,” she said.

She is looking for prints in particular as a neglected area of British expertise, particularly by Edward Bawden, “and I would love a Pail Nash oil”. The most recent acquisitions have been a work by William Gear, the Scottish-born painter who was once the curator of the Towner gallery, and a painting by Vicken Parsons, Antony Gormley’s wife, from her current London exhiition.

Ms Wardle’s budget may be expanding soon, however. The Jerwood Foundation also has a sculpture collection which had been on display at Ragley Hall in Warwickshire since 2005 until recently, but the policy is being abandoned and the collection – which includes work by Peter Randall-Page, Kenneth Armitage, Michael Ayrton and Elisabeth Frink – is to be sold. The proceeds will go towards the running of the new galley and to a purchase fund.

The Jerwood Gallery opened on The Stade at Hastings on March 17. The opening temporary exhibition is devoted to the work of the painter Rose Wylie.