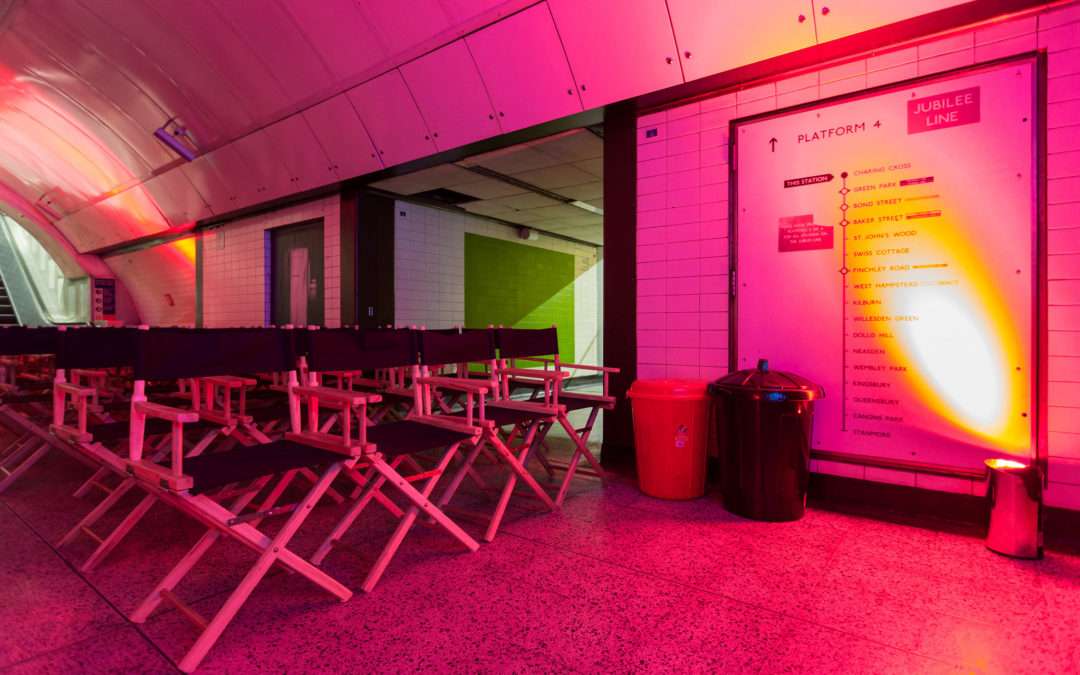 So, I’m down in the Tube station at midnight with the esteemed film critic David Gritten, watching the aptly titled silent movie Underground. Well, actually, it’s just after eight in the evening, but we are indeed sitting in directors’ chairs in the disused Jubilee line part of Charing Cross Tube station for the press launch of the Underground Film Club.

This pop-up cinema, organised by outdoor cinema specialists Rooftop Film Club, is being hosted by London Underground to mark the launch in September of the Night Tube; all-night weekend services on  the Northern, Piccadilly, Central, Victoria and Jubilee lines.

Subsequent public screenings, supported by the British Film Institute, will include such classics as Strangers on a Train, American Werewolf in London and Blade Runner, but the black and white Underground, directed by Anthony Asquith in 1928, turns out to be a great choice for the initial screening, giving a real sense of the bustle and kinetic energy of the Tube network. The score by Neil Brand, commissioned by the BFI in 2011, dovetails perfectly with the action and adds yet another dimension to the experience.

The station has been shut since 1999, with the platforms and concourse closed to the public although they have been hired out for film productions including James Bond movies, Thor and Paddington. And it does feel slightly odd to be milling about, enjoying popcorn and hotdogs in a space you usually associate with rushing and rush hour. It reminds me of a trip to Moscow in the 1980s where people would meet in the vast, echoing marble concourse’s of the Moscow metro to do black market deals in hard currency.

This evening’s experience is even odder when you add in the celebrity factor – there aren’t many occasions where you get to see Eleanor Thompson (Demelza from Poldark), Tamsin Greig and Game of Thrones’ Richard Madden merrily munching on popcorn while rubbing shoulders with the public with a stationary empty Tube train as a backdrop.

When tickets for this first series of Rooftop Film Club events went on sale, they sold out in a matter of hours. It would be great to think there will be further opportunities for even more people to enjoy this most unique of cinematic experiences, but nothing is planned at present. I’m just glad I got to view a film that visually so perfectly captures the dark, busy, crowded atmosphere of the Tube while sitting in a hidden part of the very network in which it was shot.